Widespread Use of Challenge Coins

So much has been written about the history of Challenge Coins and there is a huge collection of literature retelling the story of how the challenge coin became popular during the first World War. For decades, it has been an extremely significant part of the US military’s tradition. The coins are a symbol of “esprit de corps” and unit identity and a source of pride for military personnel. As the years go on, they also served as a recognition award for the exceptional and outstanding service that any military personnel provided for his country.

The long-standing tradition is still being carried today but it has extended well beyond the military units. The value and principles of military challenge coins have been borrowed by different sectors of the society who admires the well-defined history of it. Sharing and promoting the tradition of custom challenge coins has been extended to:

Registering several hundred new members each year, and spread out through New York, Massachusetts, Rhode Island and beyond, the Easy Rider Northeast and Groundhog Travelers of New Jersey has also utilized challenge coins as part of their club’s reward system. They are awarded to a member who has made outstanding and exemplary accomplishments with regard to community service and outreach. These outstanding members who will receive the customized challenge coins will serve as an inspiration and model to other members. This prestigious coin is presented by the founding member, George K. Meister of Garden City, NJ.

This piece is designed with a matte copper plating and 53.6 mm in size and several millimeters thick. It is crafted from alloy metals with the front side bearing the logo of the group. The coin is also engraved with the year “2001” in which the club was formed. Its back reveals the widely known slogan together with its local originating creed, “From Across Great Divides – Help is Offered.”

Making its mark in the history and embracing the tradition, the Chesapeake Teen Choir was among the US’s first public school organization to provide challenge coins for all its musicians, volunteers, and staff which happened sometime in 1999 after a grant was given to the City of Chesapeake, Virginia. This tradition continues today.

Another recreational club, in 1998, created their own challenge coins and made it available to their members. The name of this club is none other than the Grand Elks. The owners and members of the this club feel that they are serving the same purpose of sharing a special bond and serving the nation with pride. The coin has been part of the Elks member’s tribute to the people who have been unselfishly serving the local communities. Unlike that of other coins, Elk’s coins can be purchased by anyone at a cost of $18. The finish is made to order at 41mm size. The base material is made up of bronze. Its design is “stamped” with the Elk logo and on the back of the coin displays the national creed.

Today, custom coins have been also used by many non-profit organizations in their fund-raising events. They realize that its popularity will help them raise funds which they will use for projects intended to help certain veterans groups. Others have ventured into the business of collecting and selling them on notable auction sites. They know that this idea will be a click in the market since the demand for this type of business has been increasing already. Aside from the organizations, clubs and corporations who utilize them as part of their rewards system, there are also many individuals who are getting hooked in collecting older custom coins. In fact, their business has even expanded to offering coin collectors an individual coin holder with an acrylic finish and also some wood display cases to properly show and protect their collections.

It is really not that expensive to create, design, and manufacture challenge coins. Currently, the typical cost of manufacturing each is about US$3.00 to $4.00 per coin depending on options and quantity. Most companies, including us, offer professional design service which is done by those trained in computer graphic arts. It is the initial rendering by such artists that can make or break a finished coin.

Basically, custom challenge coins are processed with either die struck bronze or zinc alloy injected metals. The difference between the two is the cost and quality of the material. The Zinc alloy is somewhat cheaper than the Die struck Bronze however in terms of quality, the former is relatively good but the latter renders a higher and superior quality. With Zinc alloy, it would not be recommended to be carried as a pocket coin as the base metal gets easily exposed because the patina finish wears off easily. If the coin will only be displayed then Zinc alloy would already be a good material to use. For those who want a better quality and are willing to spend more then they should go for Die struck Bronze.

Share
This entry was posted in Challenge Coins by Admin. Bookmark the permalink. 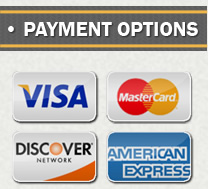